I got a tattoo

In the beginning of 2021 I got my first tattoo: 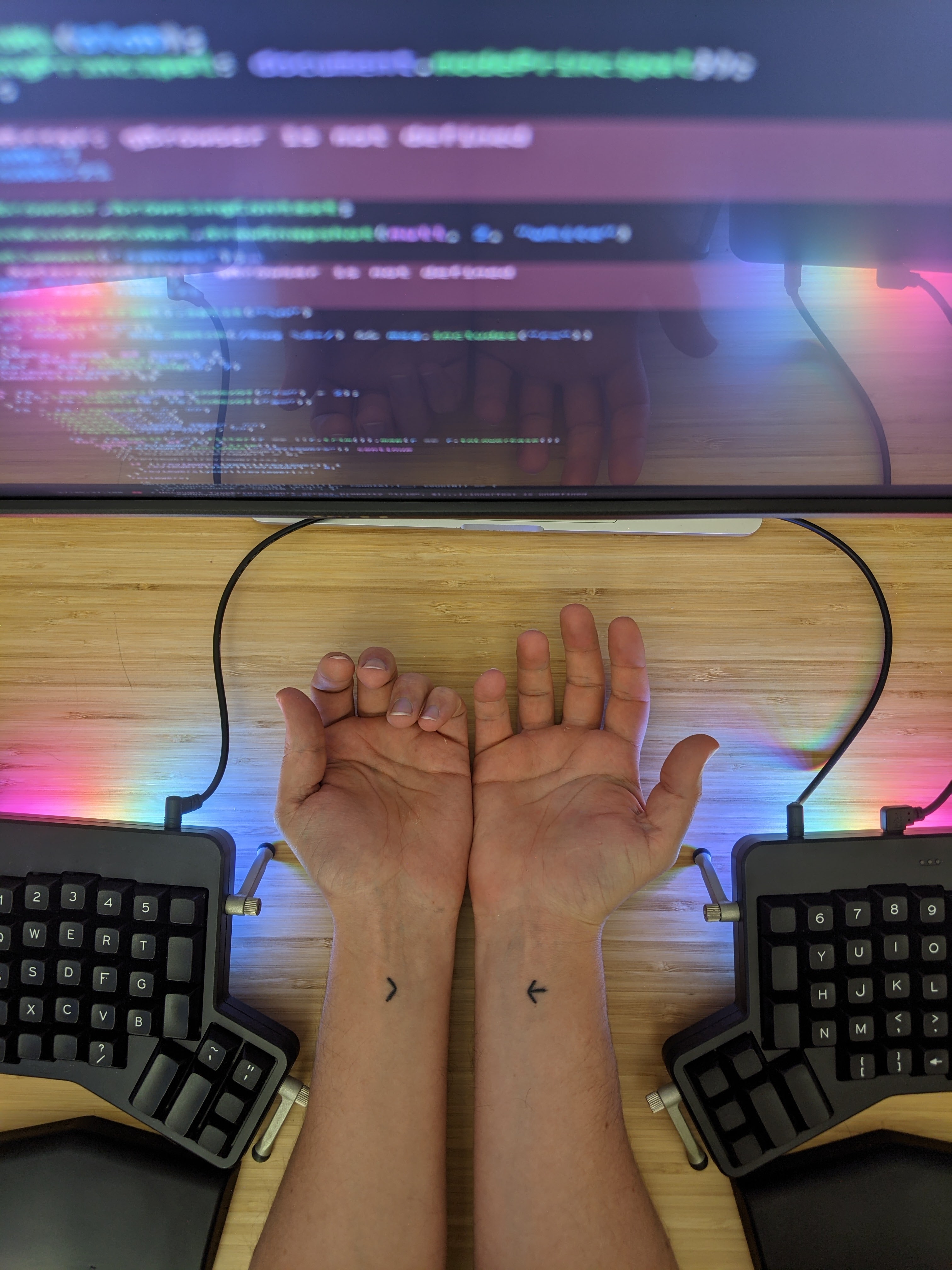 Yes, that’s (almost) the Firefox DevTools WebConsole icons, but there’s more to it.

It all started last year, in Berlin, where Mozilla held the last All Hands before the pandemic really hit. I can’t remember the detail, but at some point Jason Laster suggested I should get a WebConsole tattoo, and for some reason, it stuck in my head. I wasn’t ready to get it right away, I hadn’t had any tattoo before, and although it always attracted me, I always feared I would get bored of a piece in the long run.

But here, it was different. The design came to my mind pretty fast, and it was simple and small, and it felt like I wouldn’t get over it over time. It would be a reminder of how contributing to Firefox DevTools changed my career and my life, taking me to a place I wouldn’t have dreamed of when I was a student. Taking a step further, this also represents how much I love being a programmer, after all it’s a classic REPL design, which we interact with every day. And further away, it can be seen as a symbol for Persistance: you have to put effort IN to have a chance to get something OUT (even if not guaranteed).

I sat on it for a while, and some events made me think of another bigger, tattoo idea. The WebConsole tattoo now felt like an harmless thing I could do to check if I could handle being tattooed (I don’t handle pain and anxiety very well). I took the plunge in the beginning of January and got the tatto without fainting (it was close though 😅).

To the next one now 🙂